Should you feed your horse seaweed? Is seaweed healthy for your horse?

Many people allow horses free access to seaweed, others feed only a small amount or none at all. This article will give you information about why feeding seaweed to your horse should be carefully considered.

Quick Navigation hide
1 When to supplement seaweed to horses and why
1.1 High levels of iodine in grass and hay mean don’t feed horses seaweed
1.2 How much iodine is in seaweed?
1.3 The best amount of seaweed to feed to a horse

When to supplement seaweed to horses and why

Mineral analysis of horse grass, hay and haylage reports levels of iodine in the daily diet of the horses. We can see levels which require horses to be supplemented additional iodine in the diet. In this case, where customers are needing a bespoke approach, we advise the use seaweed or kelp to top up the iodine levels in their horse’s diet. Seaweed contains good levels of iodine and is a good way of boosting iodine in horse diets. This suggestion would be part of  formulating feed plans balanced to forage after testing grass, hay or haylage.

In general here in the UK, as evidenced by the hundreds of forage analysis we carry out, there are inadequate amounts of iodine in forage especially if the horse is starting to work at moderate level, or it is in the last trimester of pregnancy. This is why we add iodine to our range of forage focused horse feed balancers. That doesn’t mean all forages have too little iodine but it does mean that statistically, if your horse is receiving ad-lib forage, it may need a little more iodine in the diet.

There are many scientific analysis reports  of grass, hay and haylage which show high levels of iodine contained in the grass, hay and haylage horses are eating.  In this situation it would not make sense to add to this level by supplementing seaweed. This is why testing horse forage can be seen as being very useful.

But what about if you feed seaweed because you have been told it is a good supplement and healthy for all horses and ponies?  There are a number of companies promoting the use of seaweed as a broad spectrum supplement, either on its own or mixed with linseed and magnesium.  Indeed years ago, the Forageplus horses used to have 100 grams of seaweed as their broad spectrum supplement, but it wasn’t very successful.

Some companies say feed a scoop amount, some say feed free choice. Most say be careful about feeding seaweed to pregnant mares because of the iodine content.   So what should we know about seaweed?  Should it be used as a broad spectrum mineral supplement?  Can it be fed to pregnant and or lactating mares? How much should you feed?

Here is what the it says in the Nutrient Requirements of Horses (Sixth Revised Edition) by the National Research Council:

Signs of deficiency or Excess

The classic symptom of either a severe deficiency or excess of iodine in the ration is hypothyroidism resulting in thyroid gland hypertrophy or goitre.  As concentrations of iodine in the newborn foal are determined by the maternal intake (Meyer, 1996c), reproduction of the mare and health of the foal can be affected when iodine concentrations in the ration are inappropriate, even when goitre is not present in broodmares.  Meyer and Klug (2001) indicated that both a deficiency and excess of iodine depressed the viability of foals and probably influenced embryonic and fatal development.  In 1935, Rodenwold and Simms reported losing about 50 percent of foals born to mares receiving iodine-deficient feed stuffs with the foals showing signs of goitre.   Iodine content below 0.2 mg/kg DM in the majority of feedstuffs fed to horses on a Japanese farm without supplementation resulted in seven foals showing bilateral thyroid enlargement, and four of the seven had extensive flexion of the lower fore legs (Osame and Ichijo, 1994).  Still born foals, or foals born weak with difficulty standing to suckle, can result if broodmares are fed an iodine-deficient ration even when the symptom of thyroid gland enlargement is not present in the mare. Likewise, iodine-deficient mares have been reported to have abnormal oestrous cycles (Krzhova, 1968).  Feedstuffs such as uncooked soybeans, cabbage, kale and mustard are known to have an anti-thyroid activity (goitrogens) that can also cause goitre ( Jackson and Pagan, 1996).  Supplemental iodine is not particularly effective at inhibiting goitrogenic response, but heating these feedstuffs can inactivate the enzyme responsible for this action.

The maximum tolerable concentration has been set at 5 mg/kg of dietary intake (NRC 2005), though the Merck Veterinary Manual (2005) indicated iodine toxicities in mares have been reported at an intake as low as 40mg/d.  Toxicities seem to be more common that deficiencies in recent years (Hintz, 1989).  An iodine toxity usually results only when iodine is over supplemented or when animals are receiving feeds containing unusually high amounts of iodine such as some types of seaweed.  Silvia et al. (1987) reported that excess iodine supplementation of 700 mg inorganic iodine in foals and of more than 350 mg in pregnant and actuating mares caused a high incidence of goitres in newborn, as well as causing abortions and foal mortality.  Eroksuz et al. (2004) reported goitre in newborn foals whose mares had been supplemented with 299mg I/d during the last 24 weeks of pregnancy.  Iatrogenic iodism and an associated alopecia were reported in a horse being treated with 90 g/d for 18 days of EDDI for dermatophilosis (Fadok and Wild, 1983). An increase in susceptibility to infectious disease may also occur with excessive dietary iodine (Barker and Lindsey. 1968)

As the clinical signs of an iodine deficiency or toxicity appear similar, a simple evaluation of the ration (forage analysis as well as concentrate) should reveal whether iodine concentrations are excessive or deficient and the appropriate corrections made.

Using data from other species, a range of 0.1 to 0.6 mg/kg ration was used in the second printing of the 1989 NRC for all classes of horses.  It has been proposed that a 500 kg horse at light work requires 1.75 mg iodine, 2.5 mg for light work and 2.7 to 3 mg/d for intense work (Jackson 1997), but research to support the higher requirements for work have not been substantiated.  Likewise, Donoghue et al. (1990) suggested that, like in humans, requirements during the third trimester of pregnancy may be slightly increased.  As feed intake increases to meet the increased caloric demand of work, daily intake of iodine would be increased if concentrations in the rations remained constant. However, insufficient iodine may be consumed when iodine intake depends on free-choice iodised salt intake. This was reported as the possible cause of iodine deficiency in some pregnant mares whose foals were born with leg abnormalities (McLaughlin and Dogie, 1981; McLauglin et al. 1986).  This does not suggest that the recommended range is too low, but does reflect the limitations of depending upon the intake of one nutrient to guarantee the intake of another.

The average (0.35 mg I/kg DM) of the range (0.1 to 0.6 mg I/kg DM) given in the second printing of the 1989 NRC is likely a safe minimum recommendation.  Assuming a near 100 percent absorption the maintenance requirement would be 0.007 mg/kg BW (which would account of endogenous losses suggested by Wehr et al. 2002) or 0.35 mg/kg DM assuming 2 percent BW intake. Due to limited data from equine studies, this dietary concentration is used with all classes, except for the broodmare in late gestation.  The increased amount allotted for humans during the final trimester of pregnancy (Donoghue et al., 1990) appears to be prudent and the dietary concentration has been set at 0.4 mg I/kg DM.

How much iodine is in seaweed?

The average amount of elemental iodine contained in a 50 ml scoop of seaweed is approximately 40-60 mg and that maybe conservative for some seaweed products. Seaweed is a natural product so the levels of nutrients it contains will vary.

Using seaweed at high levels to provide a broad spectrum mineral supplement is at best highly flawed and at worst dangerous if you take the amounts commonly contained within UK forage (2-3 mg) into account. Given that the majority of iodine in the diet is likely to be supplied by forage, why then would you want to feed 40-60mg, on top of that. This is the level some suppliers of seaweed would suggest is a recommended dose.

Given that the majority of iodine in the diet is likely to be supplied by the grass, hay or haylage a horse is eating everyday, why then would you want to feed 40-60mg, on top of that contained in forage? This is the level some suppliers of seaweed would suggest is a recommended dose.

The best amount of seaweed to feed to a horse

However, in a scenario where levels of iodine are either known or presumed to be slightly short, feeding a 1ml to 5 ml scoop (5 ml being the absolute maximum and uncommon and 1 ml – 2.5 ml being a more realistic level) would be safe.

So do we think you can feed seaweed to horses?  The answer is yes but it depends.

When you look at the research and calculate the figures you are left realising that seaweed does not represent a sensible, useful or healthful way to supplement all minerals in your horses diet. However, as a way to provide safe supplementation of iodine, where levels in the total diet indicate small amounts extra are needed, then it is a great product. 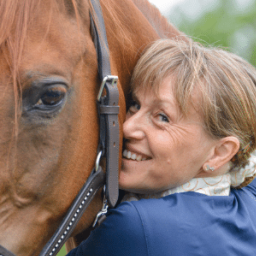 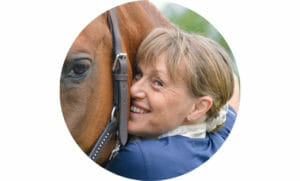